This author has yet to write their bio.Meanwhile lets just say that we are proud brooke contributed a whooping 32 entries. 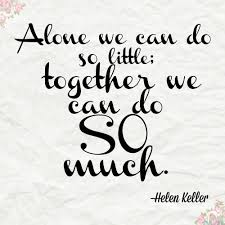 Currently NED, Ivy Elkins was diagnosed in December 2013 with EGFR+ stage IV lung cancer. She is one of the co-founders of the EGFR Resisters, a patient-driven initiative to improve treatments for
EGFR+ lung cancer. She has served as a six-time consumer reviewer for the DOD Lung Cancer Research Program, twice completed the AACR Scientist-Survivor program and taught three times as advocate faculty at the ASCO/AACR Methods in Clinical Cancer Research Workshop. Ivy also serves on the Yale SPORE, the Patient Advocacy committee for IASLC, the UChicago Medicine Community External Advisory Committee, and writes for lungcancer.net.

Gina is a stage IV lung cancer survivor. She is married and has two sons (12 and 17). She is the president of ALK Positive Incorporated which is a patient driven organization dedicated to improving the quality of life and life expectancy of ALK-positive patients worldwide.

ALK Positive has raised over $2M since 2017.  The patient led group has funded 7 research projects with LUNGevity and GO2 to benefit the ALK positive community. Patients and caregivers work with key opinion leaders in the ALK space to choose research that has the most impact on ALK-positive survivors.

Gina believes that comprehensive biomarker testing for all lung cancer patients, early detection, easier access to clinical trials, and effective treatments are vital to those suffering from lung cancer.”

Help A Breath of Hope increase awareness, support patients and fund research for the world's number one cancer killer!